My Lumpectomy or Mastectomy Decision

I had an unusual diagnosis in that I had a lumpectomy before I was officially told I had cancer. My biopsy had come back inconclusive. There were some “bad cells” but not very many and they couldn’t tell whether it was DCIS (ductal carcinoma in situ) or some other papillary lesion.

When I heard this, my question to my doctor was “so what do we do now?”. The best way to find out for sure what was going on was to have surgery and have that area removed.

After the surgery DCIS was confirmed. Margins were not clear though, so I had to go back and have another surgery to remove the remaining cancer. This was when I had to choose between a lumpectomy or a mastectomy.

I chose to have a mastectomy. All of the below are things I thought about when making my decision.

It’s YOUR Lumpectomy or Mastectomy Decision

Let’s be clear – the decision on whether to have a lumpectomy or mastectomy is really yours alone. Of course you should be guided by the medical professionals, but you can always get another opinion if you are not 100% comfortable with what they recommend.

Remember too there are many different types of breast cancer, and just because your Aunt, best friend, or neighbour up the street, chose one way or the other, that doesn’t mean it is right for you.

While their experience may have been fraught with pain, they don’t like their result and they would absolutely go the other way next time, it doesn’t mean that will be the same for you. It also works the other way it they have had a good experience. Like all surgical procedures there are always risks and varying degrees of successful outcomes.

Of course you can take their opinions into consideration, but be careful not to let them scare you away from what may actually be the best decision for you.

Your Surgeon’s Opinion is Key

Having said this is your choice, it’s still important to at least listen to the experts and your surgeon’s opinion is key.

Before my surgeon even went through the options, I had already almost made up my mind. But still he went through everything thoroughly, laying out all the statistics for me with each option. I am a numbers person, so this really helped me.

But that doesn’t mean numbers alone tell the whole story. In fact, for early breast cancer, there is often little different in recurrence rates between having a lumpectomy or mastectomy.

So for many people, this means a lumpectomy is a better choice. It conserves the breast and is a much easier surgery and recovery with a lot less risk.

So why do people still choose a mastectomy? It’s complicated, and not just about the physical removal of the cancer.

I left my surgeon’s office even more sure of my decision than when I arrived, but I still had a week before I had to tell him what that choice was. There was still much to think about.

Breast Density is a Thing

Before my cancer diagnosis I had never heard about breast density. I quickly learned what it was (you can read about that here) as it meant my cancer did not show up on mammogram and the ultrasound was also not clear.

It also meant that any scans in the future may have the same problem. Cancer could be hiding somewhere, scans could come back clear and I would be none the wiser; trusting those scans to save my life. Now that I knew this was a possibility, I wanted none of it!

Having dense breasts also increases the chance of getting breast cancer – another tick towards mastectomy.

Are Breasts Big Enough for a Lumpectomy?

I’ve always had relatively small breasts, about a C cup before surgery, but with a small size 10 (32) band, there’s not much filling those cups out. The initial chunk that was removed was 4cm x 5 cm x 2.5cm, and while this hadn’t left me looking noticeably disfigured, there was a definite difference in my minimal-at-best cleavage and at certain angles a small divot was apparent.

So when it came to needing more tissue removed, I knew that this time it would be noticeable. Knowing that no matter which choice I made it could no longer be hidden made it easier to choose a mastectomy.

How Old You Are

Wanting to keep your breasts is not an age thing – we all really want to keep them. Sometimes though, age can increase the risk of recurrence and the ability to recover well from surgery.

Though I am by no means the youngest breast cancer patient, being younger than fifty means my chances of recurrence increases simply due to the number of years I still have on this Earth.

It also means I am fitter and healthier now and more able to cope with and recover from a bigger procedure. In reverse, this might mean that someone older, or someone with pre-existing conditions, may be less able to cope with the bigger surgeries and would be more inclined to choose a lumpectomy.

Where the Tumour is Located

My initial tumour was on my right breast at about the 1 – 2 o’clock position, so towards the centre of my chest. My incision was around the edge of the areola, so I had no noticeable scarring from the first surgery.

That would not have been the case for a second lumpectomy. Even if the lumpectomy itself could again be done through the incision around the areola, I also needed to have a sentinel node biopsy done, which would have meant a second incision in my armpit.

Again, knowing that even the more simple surgery was going to leave me with scars made it easier to choose. If I was going to have a scar, I might as well make it a big one 🙂

There are other considerations with the location of the cancer too. Perhaps it is sitting right under your nipple, or deep against your chest wall. Perhaps you have two different tumours in different areas of the breast. These all make a difference to if you choose a lumpectomy or a mastectomy.

The Type of Breast Cancer

Even the type of breast cancer you have can be part of the decision to have a lumpectomy or a mastectomy.

I was originally diagnosed with ER/PR+ DCIS. When discussing my options, I knew that if I chose to have a lumpectomy I would also definitely be having radiation. If I chose instead to have a mastectomy, there was no cancer in my lymph nodes and all the other cards fell my way, I would not need radiation. This was certainly something to think about.

There are other types of cancer that can affect your decision-making process. Inflammatory Breast Cancer, for example, is most likely going to require a mastectomy, whereas Paget’s Disease of the Nipple can possibly be dealt with just by removing the nipples.

Body Image vs Peace of Mind

Ultimately, I think the decision often boils down to this – do we value our body image or peace of mind more? Basically, which is easier to deal with – no boob, or having breast tissue that can again grow cancer?

While neither option is a guarantee that cancer will not come back, often women who have had a mastectomy feel less worried about a recurrence simply because they have very little breast tissue – even if they logically know that the cancer can still come back.

This is certainly true for me, and this was a big part of why I chose a mastectomy. My peace of mind, knowing I had dense breasts, was ultimately more important than trying to save a part of me that had served its purpose. I knew I would cope well with the surgery and recovery and I hoped I would have a good reconstruction. I was also prepared to stay flat if things didn’t go to plan.

In the end I chose correctly, as my DCIS ended up being 10cm, so effectively my whole breast. If I had chosen a second lumpectomy, I would again have not had clear margins and would have been back for a third surgery.

The mastectomy also found a small IDC, more justification for my decision since this was hidden by my dense breast tissue and not seen on any of the scans.

Choosing a lumpectomy or mastectomy is not an easy choice, but if you have to make it, I hope the points above can help you with some clarity in your thinking. Good luck.

Here’s what BreastCancer.org has to say on this issue. 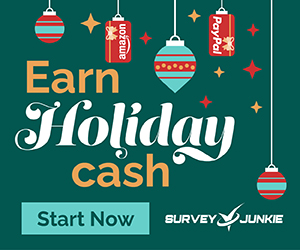